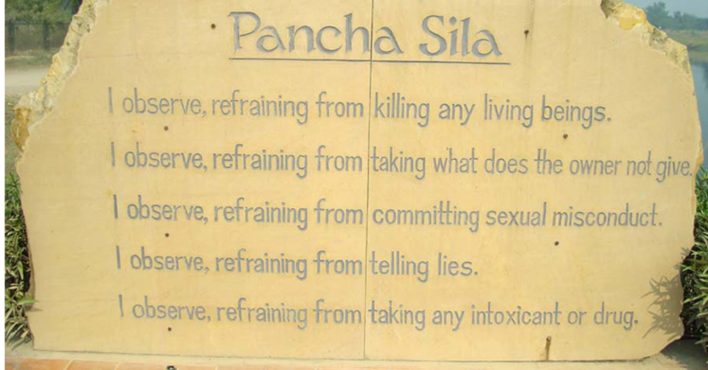 You are received at the TI Airport, Kathmandu, Transfer to Hotel and Evening Dinner

Visiting Valley through the Buddhist sites of Kathmandu, as two stupas of Swyambhunath and Boudhanath, Naropa and Tilopa caves of Pashupatinath and the oldest existing Buddhist city of Patan.

Drive to Halesi by 4WD through Koshi River with wonderful nature, almost 200km from Kathmandu to East. There is such significant Maratika cave, Halesi, is one of the six most important Buddhist pilgrimage sites, where Buddha Amitabha taught eighteen Tantras of long life. It is based on tantric study/. The Dakini Sangwa Yeshe recorded and hides these teachings as Terma at Maratika. Later Guru Padmasambhava received the teachings. After practicing for ninety days, Buddha Amitayus appeared in the sky and gave initiations to the Guru and Mandarava. They then attained the Vidyadhara of longevity.

Lumbini  is a secrete place and consider as world peace place. There are significance of archeological sites related to Lord Buddha. More, 60 excavation sites among which some of them are popular Buddhist pilgrimage sites. The legendary Lumbini garden is now developed into a sanctuary that spreading over the 6 sq km area. The Mayadevi temple, the marker stone and foundation of ancient temples have resembled the exact birthplace of Lord Buddha. Monastic zones are established in different architectures and the area is developed into World Buddhist center with monasteries constructed by Buddhist communities from different countries.
Ruins of Tilaurakot palace has been discovered 27 km west of Lumbini.

Tilaurakot is ancient capital of Sakya kingdom (Kapilavastu) where Siddhartha lived his early 29 years as a prince. Along with other structures, one can still observe the remains of the eastern gate through which Prince Siddhartha took great renunciation.

Ramgram Stupa is the only Stupa which still retains Buddha relic in its intact form. When Buddha attained ‘Mahaparinirvana’, his body was cremated. The mortal relic was divided among the 8 claimants. While other Stupas were later excavated by Emperor Ashoka or distorted in conflict, the relic remained intact until the date in the Ramagram Stupa.
Kudan (Nigrodharma) has the stupa remains, where King Suddhodhana (father of Buddha) met Lord Buddha after he attained enlightenment.

Niglihawa is the birthplace of Kanakmuni Buddha. Emperor Ashoka visited both places and erected pillars with inscriptions. The pillars are broken in both places.Sagarhawa is the place where Sakyas were massacred by King Virudhaka out of vengeance. About 70,000 Sakyas were killed in the massacre. The sakyas didn’t strike back as they believed in nonviolence.

Day 06: Back to Kathmandu by Car or Flight

With having Full of Nature

After breakfast, drive to Bhaktapur, 17 km, 45 minutes from Kathmandu. Bhaktapur is known as ‘The Living Museum’ as it still retains its medieval bouquet. Just the hill above Bhaktapur lies the cave where Milarepa meditated. It is known as Bagishwari Saraswati Sthan (Manjushree cave). Later drive to Namobuddha. The Namobuddha Stupa is believed to be erected over the relic of Bodhisattva who sacrificed himself to feed starving mother tigress and her cubs. Namobuddha at 1,700 m is also provides panoramic view of the Himalayas. Drive back and spend a night in Bhaktapur Area.

Sunrise, breakfast and Drive about 1.5 hours to Pharping after breakfast.  Pharping (Yanglesho) is the place where Guru Padmashambhava attained the state of enlightenment. There are two major caves blessed by Padmasambhava. Pharping is  a sacred monastic zone with beautiful myth of Guru Rinpoche visiting the place. There are many holy caves for Buddhist practice and pilgrimages as well. You will begin your pilgrimages from the old Vajrayogini Temple, which is at the bottom of the stairs to others. Then the stairs will lead you up to Asura Cave which is the major cave sacred to Guru Rinpoche. On the upper left side of the entrance door is the handprint left by Guru Rinpoche. After that, continue your trip to Yanglesho Cave, where Guru Guru Padmasambhava attained the state of enlightenment.

View all
Write a review